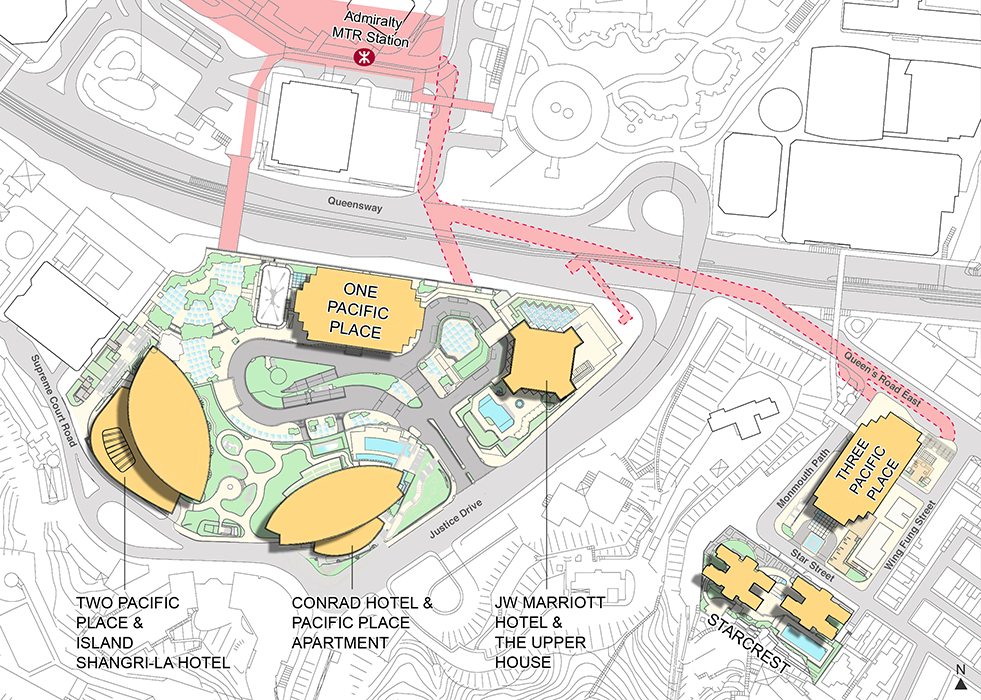 Pacific Place, one of the largest comprehensive development in Hong Kong, includes a major shopping centre, three hotels, apartments and office blocks with a total gross floor area of over 490,000s.m.

The Development has successfully merged itself to the sloping site from the hill at south side to Queensway at the north. The four main building towers have made use of the natural topography and the central curvy spine of the retail podium to form a single coherent architectural statement amongst the neighborhood; and yet without losing their individual identities sitting at different corners of the site. Sensitive colour coordination was given to the building envelopes such as curtain wall system, glass, metal panel and various building elements so that; although its design and construction were implemented in two phases, a strong overall design consistency was well maintained. 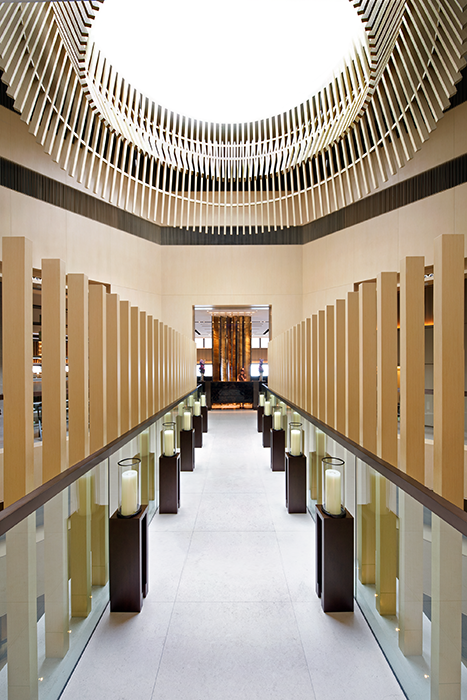 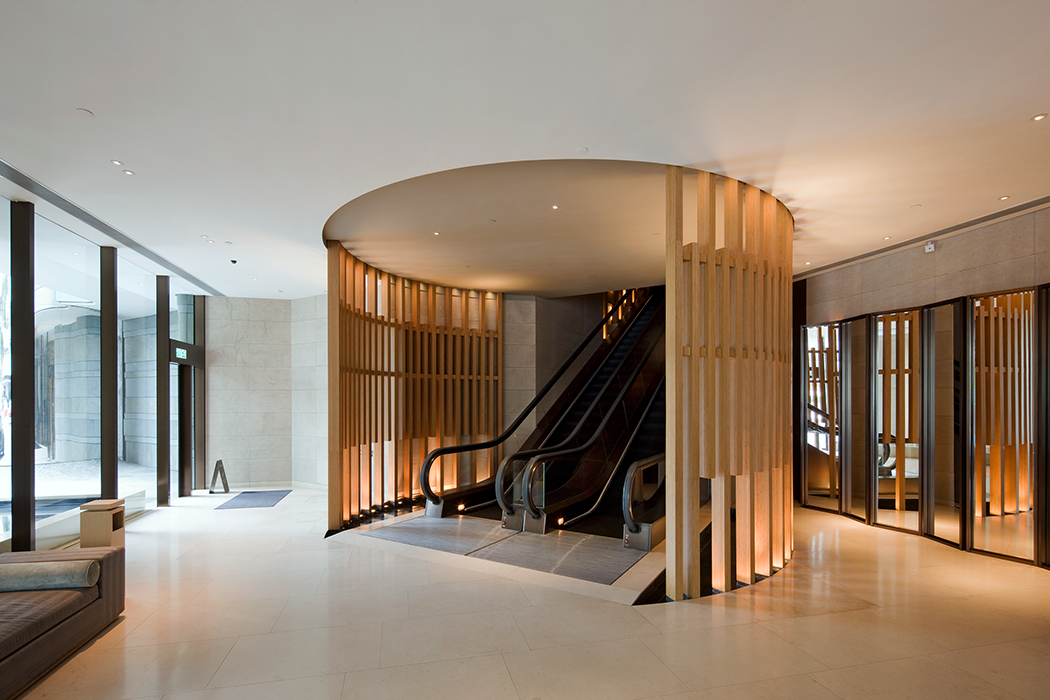 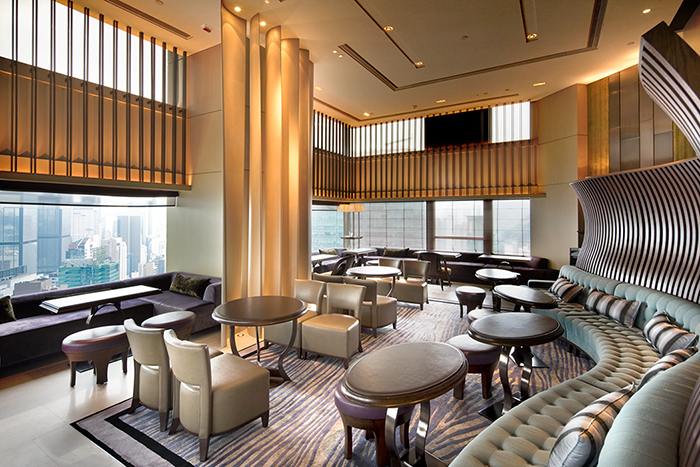 The Upper House is an intimate boutique hotel atop the premier retail and commercial complex Pacific Place. The contemporary design, distinctive sculpture and artworks create an under-stated elegance for the new hotel which is renovated from a previous serviced apartment built 20 years ago.

This luxury hotel presents 117 spacious guestrooms, including 21 suites, 2 penthouses and a fitness gym starting from level 38, all with magnificent harbour or island view. 11 storeys of guestrooms circulate around an atrium opening up to the skylight. Double height space was formed at the highest level with a linkbridge across the atrium to elevate the Sky Lounge reception and a deluxe restaurant which features panoramic view. At the podium level, a secluded garden with lawn area is built to serve the entrance foyer. 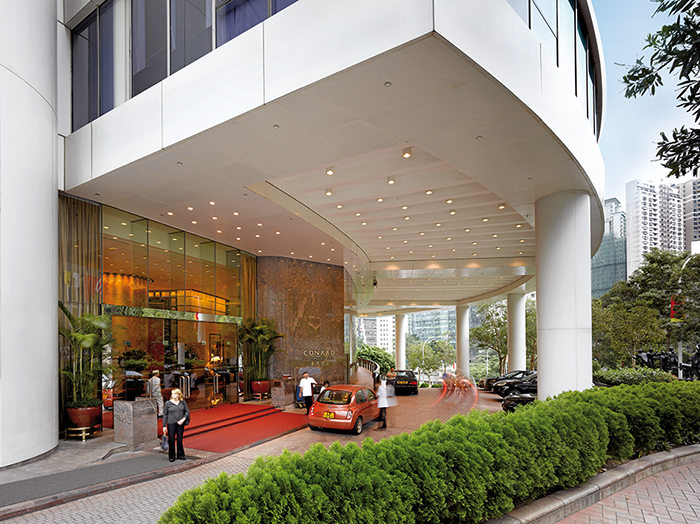 The Conrad and Island Shangri-La are conceived as a pair of elliptical twin towers with a unique shape that creates an identity for each hotel.

Moreover, the Conrad is located on top of the Parkside Apartments which feature family type units with conventional kitchens. Due to compliance with statutory requirements for lighting and ventilation for kitchens, re-entrants are introduced to the facade. These re-entrants are carried through the hotel guestroom portion of the tower as well and are treated as vertical features to break up the scale of the façade. 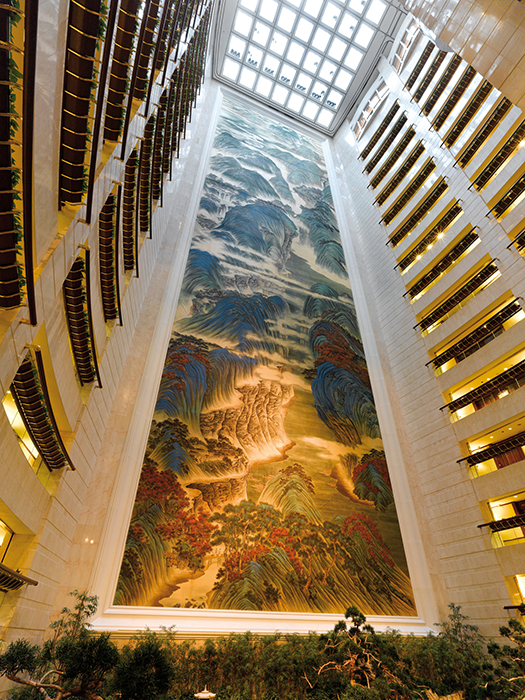 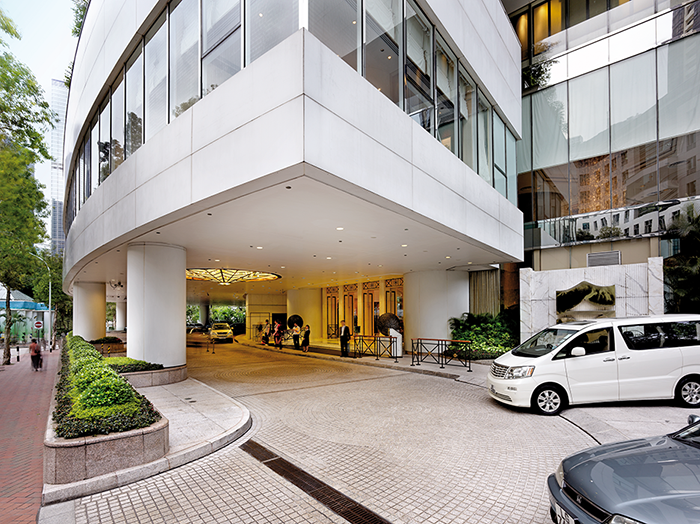 The highlight of this hotel centres on the circulation to the hotel guest rooms which loops around an atrium space that extends the full height of the hotel floors. This atrium is created from the space vacated by the lifts serving the office floors below.The tall space is decorated with a specially commissioned mural extending its full height and a pair of observation lifts rise through the volume on the opposite side. Given the programme of locating a hotel on top of an office, the structural system of cross wall and slab is transferred to column and beam for the offices below, which is further transferred to increased column spacing at podium floors to facilitate the planning of hotel public areas.

The Island Shangri-La Hotel tower rises 50 storeys above the podium and houses the 574- room Island Shangri-La Hotel above the lower office floors at Two Pacific Place. The Main Lobby together with the dining facilities: the Lobster Bar, the Summer Palace. Nadaman, Cyrano and the Island Ballroom are located at the podium while Petrus is at the top of the hotel tower. The health club includes a well-equipped gymnasium free-form pool. The hotel enjoys a separate porte cochere from Two Pacific Place. 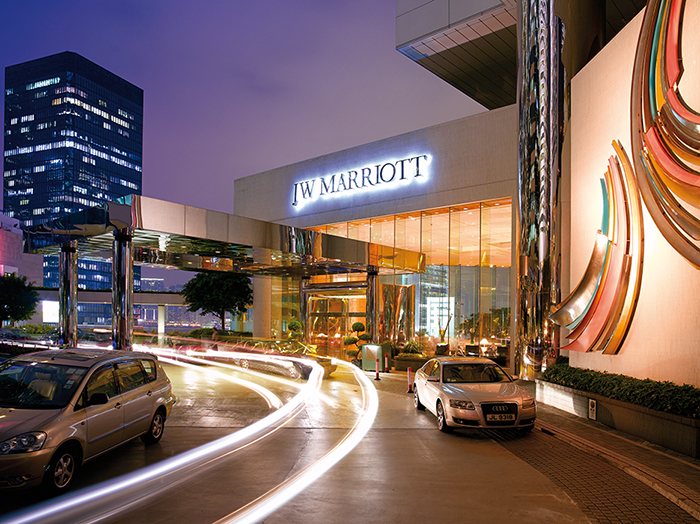 The tower features a saw tooth facade on each of the main face of the square form resulting from the angled window provided in the guestroom to take advantage of the view towards the surrounding context. The sawtooth configuration results in a vertical expression which emphasizes the slimness and elegance of the tower.

The verticality is further defined at the four projecting corners housing four pairs of corner rooms.

The podium housing the public areas below the arrival level is treated as a glass box cantileverd over Queensway.

With the celebration of completion of Pacific Place Contemporization Phase 1 in November 2009, the Swire flagship shopping mall and the Pacific Place Development has rejuvenated itself into a series of new faces. The project involves a complete renovation on interior of the Mall, facelift of the exterior façade and re-landscaping of the external areas of L4. There is also an addition of a number of small bespoke-design buildings and amenity facilities.

A major challenge of the project is to implement the renovation works without stopping the operation of this prestige mall, minimizing nuisance to the surrounding hotels and offices within Pacific Place.